You are in: Home /  Discover the territory /  Sports /  The Ice Rink

Since 1995 the Piné Ice Rink has been the Italian Federal Centre of the C.O.N.I.

Built in 1986, the Ice Rink of Baselga di Piné is composed of an inner covered rink 30 m x 60 m around which there is an outer rink 400 metres long. It is a multi-use facility which offers various opportunities for winter sports activities such as artistic skating and speed skating, short track racing, ice hockey, curling and broomball. Thanks to being open in both winter and summer, the Piné Ice Rink is the heart of a real island of movement with two circular cross country ski tracks, an archery field and school, and large open spaces for adults and children. International events have always been held at Baselga di Piné. Since 1995 the Piné Ice Rink has been the Italian Federal Centre of the C.O.N.I. (the Italian National Olympic Committee) and where the national speed skating team withdraws for training. This is where the Baselga di Piné champion Roberto Sighel grew up, winner of the world speed skating Championship in 1992, and where the athletes of the calibre of Chiara Simionato, Enrico Fabris, Matteo Anesi and Ermanno Ioriatti have trained for some years now, between one competition and another on the international long track circuits, under the guidance of the trainer Maurizio Marchetto. After the astounding Olympic results of the national speed skating team at the Torino 2006 games, reconfirmed in the first international stages of the World Cup, the Piné Plateau and Trentino Tourist Board (Azienda per il Turismo Altopiano di Piné e Trentino S.p.A.) have decided to sponsor the Italian speed skating team which trains at Baselga di Piné in summer and in winter.
Yet again, great athletes live in and represent the territory personally, raising on high the name of Trentino, synonymous with quality. 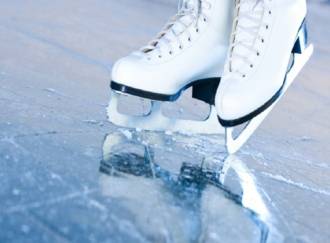 Dragonboat: When heart beats at the pace of a drum

Ever watched a dragon boat from a comfortable viewpoint on the shores of a lake? What about going one step further and giving it a try?