You are in: Home /  Discover the territory /  Culture and traditions /  Religious sites /  The Church of Santo Stefano in Fornace

The Church of Santo Stefano in Fornace

The rather ancient foundations date back to the VI-VII century

The church rises in the hamlet of the same name in the municipality of Fornace. According to tradition, it is the parent church of the entire Piné area, followed in importance by San Mauro Church. The rather ancient foundations date back to the VI-VII century. Originally dedicated to St. Cipriano, it was enlarged in 1502 and was then dedicated to St. Stefano. Archaeological excavations at the end of the eighties and early nineties brought to light an ancient tomb. There are certain fine frescoes inside the church and a fragment of a mosaic of the XI century. 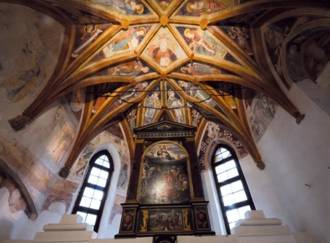 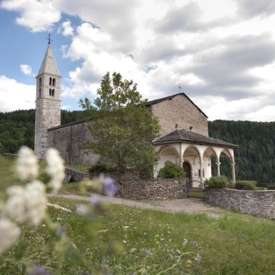 Already mentioned in a document of 1242, it was certainly the first parish church of Piné

Fornace, with its four built up centres, rises on the terraced moraines of the south east slopes of Montepiano 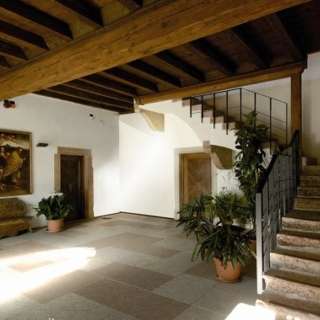 Originally medieval, it has been restructured several times, and has been handed down through centuries of historic and architectonic events that have transformed the original structure, giving it its present appearance of a suburban villa.